I am pleased to announce the next available package in PockEmul. I’m currently testing intensively to avoid regression and i hope to release it before the end of the week. 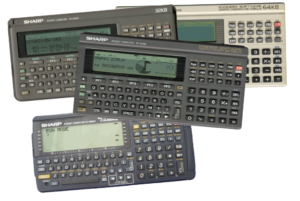 Only few people know the PC-E500 Serie and PC-G850V.
These pocket computers were hardly exported outside Japan. So few knows them, even less have had the opportunity to play with them.
You can now explore the last specimens of the Pocket Computers era.
As usual, user manuals are available in PockEmul. You will spend a lot of time on this because there is so much to discover…

Full PockEmul on your desktop

All PockEmul in your internet browser without installation.

You certainly remember the programmable pocket computers and calculators that appeared in the late ’70s and had their golden age in the following decade.

Many computer scientists today have made their first steps with them. Those who have turned to other passions, keep the memory of having lived the genesis of a science that has today invaded our lives.

If you have not kept your vintage machine, or dream of typing on models that were inaccessible to you, PockEmul can satisfy your nostalgia by reliving these wonderful technological objects back inside your smartphone or tablet.